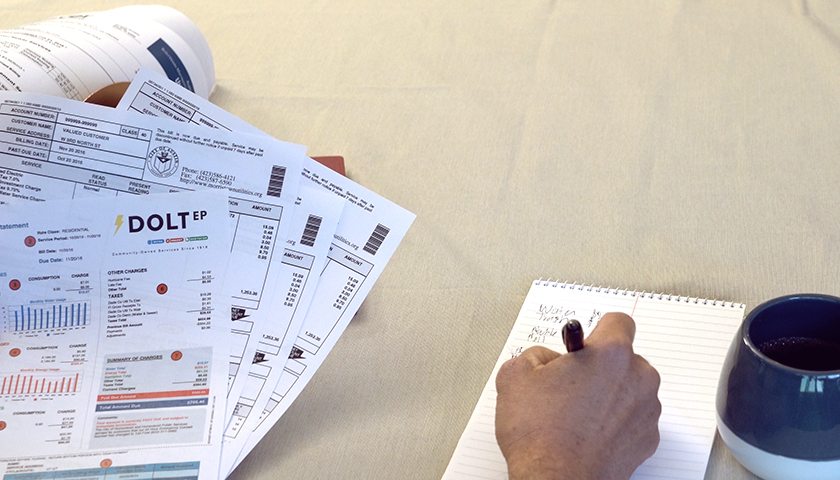 Are you tired of “getting the middle number” from the electric company you found on Power to Choose?

When you cruise the Power to Choose website looking for a new cheap electricity plan, your eye is probably drawn to the biggest, boldest numbers that appear in the “Price/kWh” column. Those are the rates each company offers customers who use exactly 1,000 kWh of energy per month—the middle number between the rates for 500 kWh per month and 2,000 kWh per month.Many customers simply select the plan where that middle number is lowest, thinking that they’re locking in the lowest possible rates. However, when they get their electricity bill at the end of the month, they discover they were completely wrong. Often times the rate they’ve been paying is much higher than what they saw on the Power to Choose website. They’ve “gotten the middle number” from the electricity provider—that is, they’ve been tricked by misleading 1,000 kWh rates.

Many electricity providers “give the middle number” on purpose.

Why is the middle number on Power to Choose usually so misleading? The truth is that it’s unlikely you’ll use exactly 1,000 kWh of energy in a month. Ever. The average Texas household used 1,156 kWh per month in 2016, according to the US Energy Information Administration. Someone living in a small apartment may use far less, around 700 or 800 kWh per month. Many plans are structured to take advantage of this fact.Electricity providers know that most customers on Power to Choose look at the 1,000 kWh rate first. So they structure their rates to make that rate really, really low—way lower than what most customers in Texas actually pay.

One way electricity providers do this is to offer tiered energy plans where customers pay a flat fee based on what “tier” of electricity consumption they fall into. Often there’s a big price jump between tiers—and that’s where electricity providers make their money. For instance, imagine you had a tiered energy plan that charged you a flat fee of $39 for 1-1,000 kWh of electricity usage (the first tier) and a flat fee of $120 for 1,001-1,500 kWh (the second tier). If you really did use exactly 1,000 kWh in a particular month, that would work out to an effective rate of 3.9¢/kWh—the same middle number you saw on Power to Choose. Sounds good, right?But let’s say that the next month, you used one extra kWh of electricity—roughly the amount of energy you’d use by turning your oven on for half an hour. That would bump you up into the 1,001-1,500 kWh tier, and your electricity bill would suddenly increase by 3x! And if you calculate the actual rates, it gets even worse. Instead of getting the low middle number of 3.9¢/kWh, you’d be getting a high rate of 12¢/kWh—definitely not a good deal.

The Public Utilities Commission announced in July 2017 that they’re opening an investigation into tiered-rate plans. It’s possible that this latest scam will soon be a thing of the past, like unfair teaser rates before them. (Teaser rates tricked customers into signing up for a low price, but then switched them to a much higher rate, without notice, once their contract was up.)However, that probably won’t be the end of it. Electricity providers will just come up with more creative ways to “give the middle number” to customers by making their 1,000 kWh rates artificially low. It’s up to consumers to stay informed and protect themselves.

Luckily, there’s a better solution than the plans you see on Power to Choose.

What can you, as a consumer, do to keep from “getting the middle number” next time you choose an electricity plan? You can opt for an electricity provider whose rates are transparent and easy to understand. With Griddy, customers pay real-time electricity rates, with no markups, tiered rates, or hidden fees. If you want to know what you’re paying for electricity at any given time, you can just check the easy-to-use app that will show you the current price and what is forecasted for the rest of that day and tomorrow. There aren’t any tiers, teaser rates, or misleading middle numbers—just a simple, straightforward way to power your home.