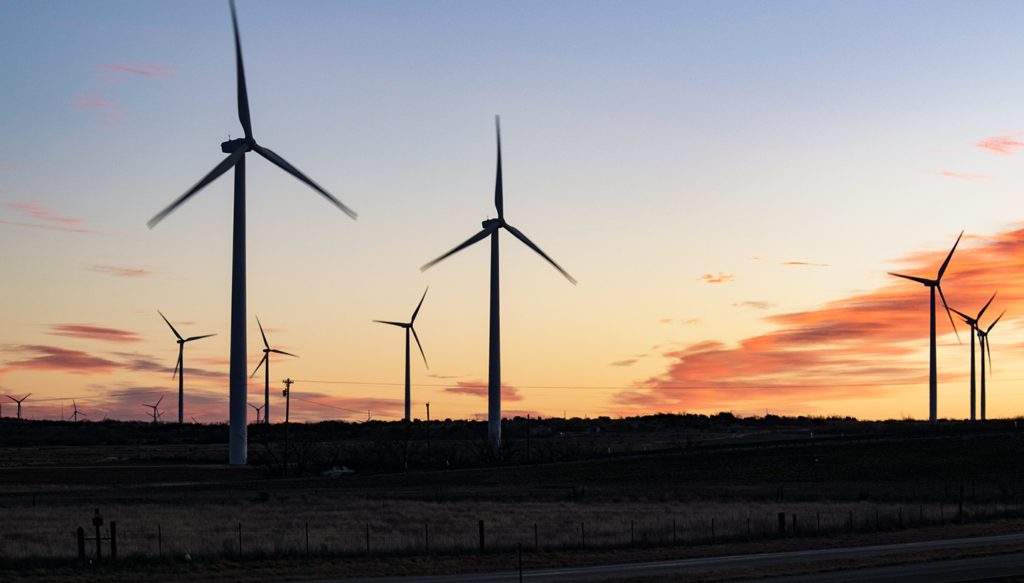 Renewable energy is not the first thing that people think of when they think of Texas. But wind energy is a really big deal here. And a huge opportunity for a lot of people, for a lot of reasons. From economic to environmental, wind energy production is a strong asset for the entire state. Here’s why.

It benefits the bottom line

Green energy is great for the environment, but it’s also simply a better financial decision. Take Georgetown, TX as an example. When their old power contract was up in 2012, city managers did some reevaluating. Turns out that wind and solar power prices don’t fluctuate as much as oil and gas, so now Georgetown is run entirely on renewable energy. Predictability is simply better for the bottom line.

The term “oil boom” is definitely outdated. It’s all about wind energy around here, and we have to admit—it’s fun to be the best. In the US, Texas produces more wind energy than the next three top wind-energy-producing states combined. Another fun fact—if Texas were its own country, it would be the fourth-largest wind-producing country in the world by the end of 2017.You can’t help but get excited that such a rapidly growing and evolving industry is booming in your own backyard. It’s great news for the economy, for the environment, and for your own personal electricity savings.

It creates jobs that aren’t blowing in the wind

The wind energy industry isn’t just booming in Texas. Wind farms and turbines are popping up more and more frequently all over the country. But who maintains them? Enter the turbine technician. “Wind turbine technician” is one of the the fastest growing jobs in the United States, and the U.S. Department of Labor estimates that the field will increase by 108% over the next decade.It obviously takes more than just a turbine technician to support this industry. There are a lot of other opportunities for employment—as demonstrated by the 73,000 people with jobs in wind energy right now. As the industry grows, the need for people to run it will too.

Wind energy isn’t new—it has been around for awhile now. The exciting part is that the technology is still progressing and evolving. One of the biggest obstacles that wind energy has faced in the past has been how to store it, but a solution to that problem is gaining steam. New wind energy storage systems are popping up around the state. These facilities are going to be real game changers.A new compressed air energy storage (CAES) plant is in the works near the city of Palestine, Texas. Once the plant is up and running, compressed air would spin turbines rated at 317 megawatts. That could generate 15,000 megawatt-hours of electricity over two days without a recharge.The plant is predicting a 2020 commercial operation start date, so keep an eye out (or just follow our blog—we love keeping track of this stuff).

If you are already a Griddy member, you get it. Efficient and renewable electricity is important for your wallet, because when it’s greenest, it’s cheapest. You can also rest easy because Griddy will keep you in the know about when it’s green and cheap, so you’ll always be aware of when you can use electricity as usual, or when you might want to slow down your usage. And the good news is this: The more wind energy Texas produces, the more often you’ll see low electricity prices. And with Griddy, you’ll get access to every bit of it.