Why Griddy users don’t have to worry about price spikes 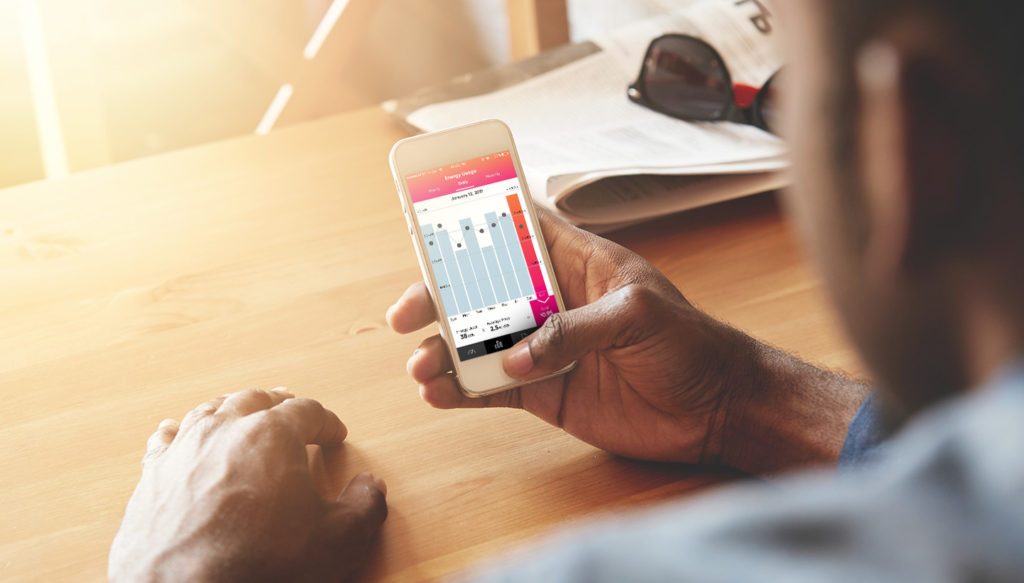 Summer in Texas means record-breaking heat. In August 2016, triple-digit highs in Austin, Houston, and San Antonio meant the old saying about frying an egg on the sidewalk wasn’t just a joke. It also meant that everyone’s air conditioning was working double duty—and that wholesale electricity prices occasionally spiked due to high demand. On three days that month, the cost of electricity spiked to $1/kWh, more than 33 times the average.Retail energy providers like to claim that their expensive fixed-rate plans “protect” customers from these price spikes. If customers paid market rates for their electricity, the REPs say, these unpredictable spikes would drive their monthly bills sky high!But these are nothing but scare tactics. We’ve done the math, and the numbers don’t lie: Paying market prices for electricity is still cheaper than paying fixed rates even in months with multiple price spikes. If paying a market rate for energy weren’t a good deal, it wouldn’t be big business’s best-kept secret from consumers.

5 reasons price spikes aren’t as scary as they sound:

Even with price spikes, the market rate wins.

Here’s why price spikes don’t make much of a difference on your monthly bill: They simply don’t last all that long. Most last only one 15-minute period. (That’s 1/96th of a day, for those of you keeping track.) Even if you run your dishwasher and put your air conditioning on at full blast, there is only so much damage you can do in that short of a time.Let’s look at a real-world example. In 2016 it was actually September, not August, that had the most price spikes (see chart below). There were seven price spikes lasting 15 minutes each, which adds up to just one hour and 45 minutes of total spike time for the entire month.

How much impact would those seven spikes have had on a Griddy customer’s monthly bill? Very little, it turns out. The average customer would have seen their bill for September go up by less than $4. That would be true even if they didn’t adjust their consumption to avoid using energy when prices were high—something Griddy’s app makes it incredibly easy to do. In the below graph, you can see that the cost of price spikes is really negligible—just a drop in the bucket. The pink line represents the total amount an average Griddy customer would have paid for electricity each month. The yellow line represents the total cost of price spikes each month.

(True, Griddy customers’ bills go up in summer—but that’s mostly because people use more electricity in summer. Air conditioning gobbles up a lot of kWh! Fixed-price customers’ bills will be higher than average in May-Sept., too.)Now that we’ve figured out what a customer on a market-price plan would have paid for electricity, let’s go ahead and compare those numbers to a fixed-rate plan in 2016. According to our research, the average fixed-rate plan in Houston charges customers 7.1¢/kWh for electricity alone. Adding local utility fees, that comes to an average “price to compare” of 10.9¢/kWh.You know how electricity providers like to claim that spikes will make market-rate plans super expensive, so customers should go with their “safe” fixed-rate plans? Well, it’s not true. Even with the spikes, market price still beats them every single month. That’s right, it’s cheaper to pay market price even in the months with spikes. Paying a low average price for electricity matters more on your monthly bill than a few price spikes ever could.That’s because on a Griddy market-rate plan, your “price to compare” is generally much lower than the average fixed rate of 10.9¢/kWh. It’s so much lower for so much of the time that it totally wipes out the cost of any spikes (and let’s be honest—that cost wasn’t too huge to begin with). Let’s take a look at the numbers here:

It’s true that a Griddy user sometimes pays a price higher than the average 10.9¢/kWh. However, those times are relatively rare. If you add up the impact of all instances of higher-than-average prices—including price spikes over $1/kWh—you get an additional cost of $82.65 for the entire year.Sound like a lot? Well, it isn’t compared to the savings Griddy users get when prices drop below 10.9¢/kWh. If you add up the impact of all instances of lower-than-average prices—including instances where electricity is so cheap it’s nearly free—you get a whopping $560.63 in savings!So when energy prices are high, Griddy users pay a little extra—but when electricity prices are low, Griddy users earn back that money and then some. If you add it all up, the average Griddy user would have paid $477.98 less for their electricity than the average fixed-price consumer over the course of 2016. This graph helps visualize those savings:

Now, this comparison only works for the average fixed-price plan in Houston. What about the cheapest, bottom-of-the-barrel fixed-price plan you can find on Power to Choose? Would Griddy win out over those cheap solutions?Our research shows that the answer to this question is still a resounding, “YES!”The average “cheap” plan on Power to Confuse charges customers 5¢/kWh for electricity alone, which comes to a “price to compare” of 8.8¢/kWh, including local utility fees. As the chart below shows, the lower rate does cut into a Griddy user’s comparative savings a little bit. However, the Griddy user still comes out on top, paying $157.79 less for electricity than the average consumer on a fixed-price plan.

We’ve already seen that there are very few instances over the course of a year where the price of electricity exceeds $1/kWh. Now let’s talk about a more common situation: where electricity costs actually dip below zero. Even when taking Texas’s sweltering summers into account, electricity prices spend more time negative than they do in a spike. That’s because renewable sources of electricity like wind and solar often overproduce, putting more energy in the grid than distributors know how to deal with. In these cases, distributors will actually pay you, the consumer, to take that energy off their hands.In 2016, there were 15 instances when prices exceeded $1/kWh. Altogether, those instances added up to less than four hours total. By contrast there were 555 instances, or 139 hours, when prices were negative—as in, less than $0 per kilowatt-hour. During those times, Griddy users would have essentially gotten paid for their electricity consumption**. Simply put, for every hour that prices were greater than $1/kWh, there were 37 hours when prices were negative. Griddy users have the option of reducing their usage during periods of high demand, since the app lets them know that prices are rising. But even if they didn’t, each user’s average price for the year would have only increased from 2.7¢/kWh to 2.8¢/kWh, or you know, just a fraction of a penny. As long as you have access to the market-rate cost of electricity, the spikes simply don’t matter.Furthermore, as more renewable sources, like wind and solar, come onto the grid, the frequency of these extremely low prices will continue to grow significantly. Between 2013 and 2016, the number of hours under 1/kWh doubled, and we expect this trend to continue.

Energy providers use the fear of escalating energy prices to drive people to fixed-rate plans.

We know that there were less than four hours in all of 2016 where electricity demand raised the price over $1/kWh. But retail electricity providers would rather keep that information to themselves. That way they can use your fear of price surges to protect their own margins. In 2016, the average Houston retail energy price was approximately 7.1¢/kWh. Conversely, the average weighted wholesale price was approximately 2.8¢. What gives? Energy providers were pocketing the difference in return for their so-called price protection.Energy providers perpetuate the fear of potential skyrocketing prices to protect their high margins on energy, which they inflate even further with a laundry list of one-time and recurring fees. Those fees can cost fixed-price customers an additional $250 or more per year, on top of those already expensive energy rates. Energy providers can get away with it as long as they can keep you afraid and ignorant of the truth about price spikes.Under fixed-rate pricing models, the only ones benefiting are the energy providers—don’t you deserve a cut? *Calculated using 2016 real-time prices for an average Houston residential customer as compared to a fixed-rate of 10.9 cents/kWh.**While energy prices can be free or negative, you still technically have to pay the transportation and distribution costs and the taxes and fees associated with the energy used.