Joining The Conversation On Climate Change At The ClimateTECH Conference 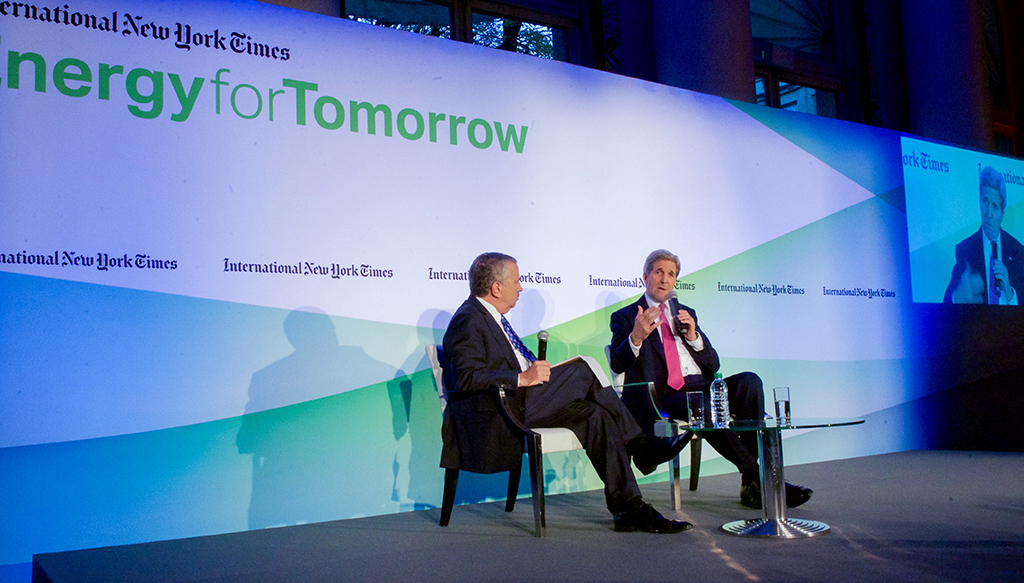 ClimateTECH invited Griddy as the only electric provider from Texas in the quest for renewable energy.

Policy makers, entrepreneurs, and technology industry leaders met together last week at the New York Times conference, ClimateTECH, to discuss global climate change, debating the solution to what Microsoft co-founder Bill Gates calls an “energy-miracle.” It’s no secret that climate change is affecting our world as we know it in drastic, potentially irreversible ways. We rely on energy from a variety of different sources to power our homes, businesses, cars, and more each day. Unfortunately, most of our energy is sourced from fossil fuels: coal, oil, and natural gas. Though these are natural resources, burning them for energy is severely impacting our planet and contributing to this very serious problem. In the U.S., the electricity sector accounts for over a third of the country’s yearly greenhouse gas emissions, contributing more to climate change than any other sector, including transportation.   Now policy makers are looking to innovators and entrepreneurs to engineer cutting-edge technology and help solve this massive crisis. Conference organizers started the conversation in hopes of rallying supporters to keep global warming below the two-degree threshold—the widely accepted danger zone. Griddy was invited to participate as the only Texas electric provider leading consumers to use renewable resources (and pay less) through its unique membership and mobile app.

We were happy to be in the company of innovators who are ready to reduce global warming, and do what it takes to get there.

Thomas L. Friedman, Op-Ed Columnist and Climate Tech Host, New York TimesGriddy CEO Gregory Craig went over the various features and smart tools that our app has to offer its members with Thomas Friedman of the New York Times.

Raj Kapoor, Chief Strategy Officer , LyftRaj offered a very thoughtful and strategic view on the ride share services of tomorrow and how Lyft views the future of autonomous vehicles.Kathleen McLaughlin, senior vice president and chief sustainability officer at Walmart spoke about practical solutions to both cut carbon emissions and also encourage clean energy, even if that means bypassing politics. McLaughlin said, “I wouldn’t say that political winds are favorable to the climate agenda right now, but we’re trying to make it practical and favorable from a common-sense point of view.” Innovation in agriculture was another topic of discussion. According to the United Nations Food and Agriculture Organization, agriculture, forestry, and changes in land use produces approximately 21 percent of global emissions. Nancy E. P fund’s venture capital firm DBL Partners is helping to finance a group who is gathering data to help initiate more efficient agriculture technology. She explained that farmers might be using too much water, electricity, or seeds, “not because they’re doing it wrong, but because they haven’t had the data to understand how to optimize.”

No one else offers what we offer to help people use more renewable energy.

It’s not a coincidence that Griddy was the only electric provider from Texas invited to this discussion. We offer smart tools that give our members access to the real-time price of electricity. When the cost is low, it is implied that there is lower CO2 emission associated with it. This allows our members to shift consumption to lower cost and lower emission hours when the grid is populated with a higher percentage of renewable energy. Our members can also track their energy usage which might make them realize just how much energy they are actually using during peak times, and motivate them to use less when energy is more expensive. Once they see some hard-hitting numbers, they are more inclined to make some changes to reduce their emissions.

The truth is, you will save more money by doing the right thing for the environment.

The reality is that people just want an affordable energy bill. They are less likely to choose a renewable energy plan because it’s usually priced at a premium over a plan that uses traditional fossil fuel based energy sources. With Griddy, however, consuming more renewable energy actually comes with a benefit—it’s cheaper. Here’s why: Renewable energy is cheaper than nonrenewable energy for electricity companies to purchase. The savings, however, are not passed down to the consumer because the company decides on the rate, and also adds on various markups and fees. Because Griddy members get the real-time rate, it’s easy to see when the grid is full of more renewable energy, because the prices go down. We all want to do what’s right for the environment, and leave it better than we found it for generations to come. Climate change is not up for debate anymore so now it’s time to get to work. Many of us already make the effort to recycle or use reusable bags at the grocery store, but there’s an easy opportunity to do even more—that will end up saving you money in the long run too. With a Griddy membership, you can adjust your energy usage based on the real-time rate, and feel great about actually using more renewable energy. Now that you know when it’s cheapest and greenest, you should be even more motivated to make the switch. Be someone who actually takes action against climate change by trying Griddy.